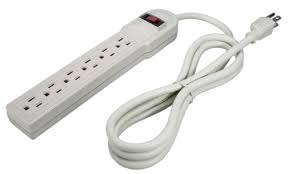 Here’s yet another reason to use a data center for colocation rather than pursue a “do it yourself” approach with on-premise IT equipment.
Earthquakes in California? What could happen?
Summary by Paul Mah in FierceCIO, original article by Patrick Thibodeau in Computerworld.
Emphasis in red added by me.
Brian Wood, VP Marketing
——-

The recent earthquake in Napa Country, California, triggered power surges that caused much damage to IT equipment in homes and small businesses, according to a report at Computerworld. The report noted how surge protectors have apparently been overwhelmed, resulting in connected equipment such as PCs and appliances being damaged.
On the other hand, anecdotal reports told a story of how equipment that is connected to a UPS, or uninterruptible power supply, survived unscathed–save for physical damage from the earthquake itself.
Apparently, the issue revolves around the fact that ordinary surge protectors do not necessarily have the ability to protect PCs from “power swells” or “sags.” These are caused by severe earthquakes that physically damage power grid equipment. Swells and sags that originate from problems with the power grid could last hundreds of milliseconds, compared to those caused by lightning, which last only 50 to 100 microseconds, according to power experts.
“Surge protectors can suppress quick bursts of voltage, but have no internal energy source to continuously correct for comparatively slower line voltage transients,” said Colin Campbell, vice president of APC.
Bottom-line: Make use of a UPS on important electrical equipment and computers, due to its ability to rapidly switch to an internal energy source if the line voltage crosses the acceptable threshold.
http://www.fiercecio.com/story/why-surge-protector-may-not-be-adequate-protect-your-it-equipment/2014-09-03
——

Sunday’s 6.0 earthquake in Napa County, Calif. caused power surges that may have led to much of the damage to computers in homes and small businesses, according to computer technicians in Napa.
The quake was violent enough to cause partial building collapses, move furniture and toss PCs from desks, cracking screens and damaging hard drives. It also disrupted power, and may have sent large electric loads to homes and business, overwhelming surge protectors.
The quake may have exposed the limitations of surge protectors that are designed to handle the transient power spikes of lightning strikes or from a home coffee maker shorting out, not the kind of power grid disruptions delivered by an earthquake.
The force of the quake was such “that I lost pretty much everything in my house that was glass,” said Dylan Williams, general manager of Valley Tech Solutions in Napa. Shelves and furniture were knocked over, he said. His office didn’t fare any better.
“We had shelves of product and desk and equipment that basically just got tossed around like toys,” said Williams. “Our office is pretty much a wreck.”
By 9 a.m. Monday, Williams had 10 calls from clients seeking help, and he’s been adding people to the list since.
The quake delivered power surges “all over the area,” said Williams.
“Things have been dramatically, physically damaged from electricity surges,” he said, citing customers who relied on power strips with surge protection. “That’s primarily what I’m seeing all over the place.”
Chris Rohrer, a repair tech and software developer at Computer Engineering Group in Napa, said that 75% of the firm’s computer repairs involve power surges. “The main issue has been the fact that a lot of computers weren’t plugged into the proper surge protector,” said Rohrer.
Electric grid damage caused by an earthquake may be a particularly brutal test of surge protectors.
Colin Campbell, vice president of APC, a company that is part of Schneider Electric and makes power protection for home and industrial use, said that surge protectors do not necessarily have the ability to protect PCs from power swells — an increase of voltage — or sags — a dip — caused by severe earthquakes that physically damage power grid equipment.
“This sounds counter-intuitive, as a surge protector sounds like something that can correct for bad power,” said Campbell. But the difference is in understanding that lighting generated voltage surges or spikes last only 50 to 100 micro-seconds. But the swells and sags caused by a grid that is made unstable by a disaster can last hundreds of milliseconds.
“Surge protectors can suppress quick bursts of voltage, but have no internal energy source to continuously correct for comparatively slower line voltage transients,” said Colin.
Normally, the line voltage is 120 volts but an extended swell above 140 volts can damage many surge protectors and cause them to fail, said Campbell.
Campbell’s bottom line recommendation is to buy a UPS, which provides surge protection and battery backup. A UPS can monitor the line voltage and when it goes outside the safe envelope rapidly switch to its internal energy source, the battery. The UPS also offers connectivity in an outage.
People using power strips, particularly low-end power strips, should be aware of their limitations.
Ed Spears, the technical product marketing manager at Eaton, which also makes power management equipment for homes and industries, said the power strips sold in stores use metal oxide varistors (MOV) that can offer surge protection. When they do get a power surge, the MOV essentially catches the surge and directs it away from the electronic equipment and diverts it to the building’s ground system.
There’s only a certain amount of surge energy that the devices can handle. Many of the strips include an LED indicator that goes out if the surge strip isn’t functioning. But Spears said users may not notice this.
The quality of these power strips varies, as does the length of time they may last. In South Florida, which gets a lot of lightning strikes, they may not last longer than six months to a year, said Spears.
In Napa, Williams said he planned to talk to all his clients about power protection, and about using a UPS. That’s because he did not see power surge damage where a UPS was in use.
http://www.computerworld.com/article/2599284/disaster-recovery/in-napa-quake-power-surges-led-to-pc-damage.html