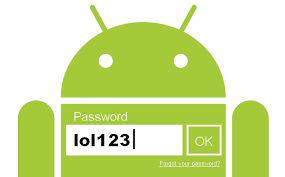 It’s even worse on BYOD devices, according to Fiberlink research
Convenience trumps security for most BYOD devices.
According to mobile device data collected by Fiberlink and provided to Kelly Jackson Higgins at DarkReading, approximately 85 percent of BYOD devices do force the user to enter a passcode for device access. That’s good news. (Other than for the 15 percent which require no access control at all.)
However, of those requiring a passcode, 93 percent use PINs, with 73 percent using simple four- or five-digit numeric codes.
It’s not hard to grasp that users don’t want to input a complex alphanumeric passcode to get in and use their smartphone. On the other hand, if you combine Fiberlink’s findings with last fall’s Data Genetics analysis of passwords, you see a bad confluence of trends: Data Genetics found that 10 percent of all users choose the passcode 1234. Another 10 percent select either 0000 or 1111.
So forget hacking and cracking; that’s one-fifth of all passcode-protected device vulnerable to really simple access-by-guessing.
(Combining studies is a statistically unsound way to look a data, true, but the point stands.)
Jackson Higgins’ article points to a possible way forward: Require a simple passcode for basic device access, but an additional and more secure code to access corporate application or data on the same device.
http://www.fierceitsecurity.com/story/users-sure-do-love-short-guessable-password/2013-08-12
——–

Passcodes Pervasive On BYOD — But Not Strong

85 percent of enterprise smartphones and tablets require passcode-protection on smartphones and tablets, but only 7 percent employ secure ones
It’s a classic balance-of-security-and-convenience story: an overwhelming majority of businesses today force their employees to passcode-protect their mobile devices, but most only with simple and less secure PINs.
The good news is that 85% of BYOD devices force passcode-protection for smartphones and tablets coming into the enterprise. But why not go the distance and force complex passcodes?
“IT found that maybe it’s an acceptable balance between high security and good-enough security. A simple PIN for them is good enough security,” says Jonathan Dale, director of marketing at Fiberlink, which provided Dark Reading with passcode data from a sampling of 200,000 smartphone and tablet devices the mobile device management firm handles for enterprises.
“The data bears out the IT change in behavior prior to 2007, when even BlackBerry passcodes were getting a little tight. Now if we require a complex passcode, it’s more dangerous to use [if someone has to make an emergency call], the device becomes a bit less usable, and users don’t desire these heavy passcodes.”
Some 93% of enterprise mobile devices employ PINs when a passcode is enforced, with 73% of them using PINs with just four- to five character length. Some 27% use PINs of more than five characters, according to Fiberlink’s data, which is a sampling of 1,000 of its 5,000 customers.
Just seven percent of those devices adopt complex passcodes made up of alphabet, number, and special character combinations. And 15% of devices don’t require a passcode at all.
The healthcare industry is most stringent with its mobile devices, enforcing passcodes on 97% of them, followed by professional services (87%), public sector (85%), consumer/retail (81%), financial services (79%), manufacturing (78%), and education (41%).
Public sector organizations account for the most mobile devices using complex and secure passcodes, with 18%. Financial services (9 percent), healthcare (4 percent), and other industries have few devices with strong passcodes, however. “I was surprised about financial services,” Dale says.
Dale says he expects organizations to move toward better locking down the corporate data that mobile users access from their smartphones and tablets. “Mail will require [passwords of] more than four or five characters. But IT doesn’t want to restrict texting and Tweeting,” he says, so passcodes may not get much stronger.
“There could be a trend starting where organizations put deeper requirements around passcodes and passwords to reach corporate resources, and less on gaining [actual] access to the device” itself, he says.
http://www.darkreading.com/risk/passcodes-pervasive-on-byod—-but-not-strong/d/d-id/1140274?