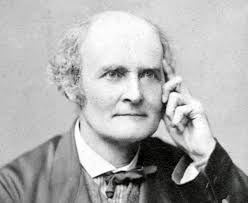 Here’s a bit of news / research that struck me as completely non-obvious and somewhat sobering:
Wireless access networks (e.g., Wi-Fi, 3G, and 4G/LTE ) consume MUCH more energy than the cloud-based services to which they connect.
It’s non-obvious (to me, anyway) because data centers have the reputation of being really big energy sinks.
They are really big energy sinks, of course, but it turns out that wireless access networks are even bigger energy sinks — albeit more geographically dispersed (and therefore less efficient — a true double-whammy).
To wit: “By 2015, the energy consumption of data centers will be a drop in the ocean compared to wireless networks in delivering cloud services.” Wow.
Summary article written by Paul Mah in FierceCIO and original article written by Jack Schofield for Jack’s Blog on ZDNet.
Emphasis in red added by me.
Brian Wood, VP Marketing
——-

A new report on the sustainability of cloud services has turned conventional wisdom on its head by blaming the access networks for taking up the lion’s share of energy consumption. Conducted by the Centre for Energy-efficient Telecommunications at the University of Melbourne, the study found that the wireless networks, such as Wi-Fi and 4G LTE used to consume cloud services, are inherently energy inefficient and a “disproportionate” contributor to cloud energy consumption.
CEET’s deputy director, Dr. Kerry Hinton, noted in a statement: “The trend towards wireless is the real problem, and the networks are to blame. By 2015, the energy consumption of data centers will be a drop in the ocean compared to wireless networks in delivering cloud services.”
This is a concern given that Wi-Fi and cellular technology will soon be the dominant methods for accessing cloud services. Indeed, the wireless cloud is expected to consume up to 43TWh of energy by 2015, an increase of 460 percent from 9.2TWh in 2012. This represents an increase in the CO2 footprint that is equivalent to putting 4.9 million cars on the road.
With 90 percent of this increase attributable to wireless network technologies, the report suggests that attention should be focused on this area instead of on data centers, which account for only 9 percent of energy consumption. You can read the full report here (pdf).
http://www.fiercecio.com/techwatch/story/wi-fi-mobile-networks-make-bulk-cloud-energy-consumption/2013-04-16
———-

Summary: Forget data centres: researchers at the Centre for Energy Efficient Telecommunications (CEET) in Australia have calculated that wireless cloud access will generate as much planet-harming CO2 as 4.9 million cars by 2015
There has already been concern about the massive amounts of electricity consumed by the data centres required to support cloud computing, but new calculations show that this concern may be misplaced. CEET’s report, The Power of Wireless Cloud (PDF), reckons that these data centres will only account for 9 percent of the energy used for wireless cloud computing by 2015. The much bigger problem is the 90 percent required to provide wireless cloud access using Wi-Fi, 3G and LTE services.
Dr Kerry Hinton, CEET’s Deputy Director, said in a statement: “When Greenpeace analysed cloud efficiency it hit a nerve with the likes of Google, Microsoft and Apple by suggesting that data centres are to blame for a ‘dirty cloud’. In fact, the problem is much worse, data centres aren’t the biggest issue. The trend towards wireless is the real problem, and the networks are to blame. By 2015, the energy consumption of data centres will be a drop in the ocean compared to wireless networks in delivering cloud services.”
CEET’s report projects that the “wireless cloud will consume up to 43TWh [in 2015], compared to only 9.2TWh in 2012, an increase of 460%. This is an increase in carbon footprint from 6 megatonnes of CO2 in 2012 to up to 30 megatonnes of CO2 in 2015.”
The calculation is based on figures for the number of micro-Joules required to send one bit of information via LTE, typical power consumption levels for ADSL routers and so on, and independent projections of the growth in the use of cloud services. It calculates that cloud users will be transferring 23 exabytes per month by 2015.

It seems unlikely that the result is any more than a ball-park figure, but it does make a significant point: Cloud computing is promoted as being “clean” because the data centres are relatively efficient in their use of energy. However, the reality is that it’s dirty. Very dirty.
Historically, most users accessed the internet and cloud services via cable connections to desktop PCs. Today, these wires have often been replaced by wireless connections that are slower, less reliable, less secure, and more expensive to run. And while it’s sometimes possible to switch to a cable, an increasing number of devices such as smartphones and tablets don’t even have ports for wired internet use.
The main benefits are, of course, increased freedom and mobility, including the ability to access the cloud from places that wired internet connections cannot reach.
Another benefit is the ability to access cloud data from any device. But while this may appear to be free, it carries a considerable social cost. It consumes far more energy to keep streaming or downloading and uploading files wirelessly than it does to carry the same files around and access them from the local device.
One of the social aspects that CEET does not cover is the short life span of wireless devices such as smartphones and tablets, which are often very difficult to repair. Smartphones that cost $600/£600 may be junked after 24 months or less.
Although smartphone fans may be pleased that these devices could soon be selling 2 billion units a year, it’s inevitable that we’ll soon have to dispose of 2 billion mobiles a year. This is a waste of resources on a colossal scale.
CEET is a partnership between the University of Melbourne, Alcatel-Lucent (and its research arm, Bell Labs) and the Victorian State Government in Australia. It is dedicated to improving the energy-efficiency of telecommunications. Success also saves money, and should make telecommunications cheaper.
http://www.zdnet.com/hidden-energy-costs-make-the-wireless-cloud-bad-for-the-planet-7000014011/